This extreme adventure, which will be held from 16 to 20 November, will only welcome 100 participants

After a Goal A dream, what remains is THE OLYMPUS, where only the gods live and where we can find the protagonists of 360º The Challenge. After five years of being held in parallel to the Transgrancanaria, the 360º is now running alone and promises strong emotions next November in Tejeda.

The 360º was separated in 2021 from the Transgrancanaria to walk alone in the mountains and ravines of the Canary Islands. After five editions held in Gran Canaria and one on the island of La Gomera, in 2022 this event returns to the round island, marked by its international character, as lovers of the most extreme challenges come from the five continents to test themselves in a race that will mark their lives.

The 360º will distribute a total of 4100 euros in prizes to encourage the top finishers, distributed as follows: 1000 euros for the winner, 500 for the seconds, 300 for the third-placed runners and there will even be a bonus for the fourth and fifth-placed runners, 150 and 100 euros respectively. 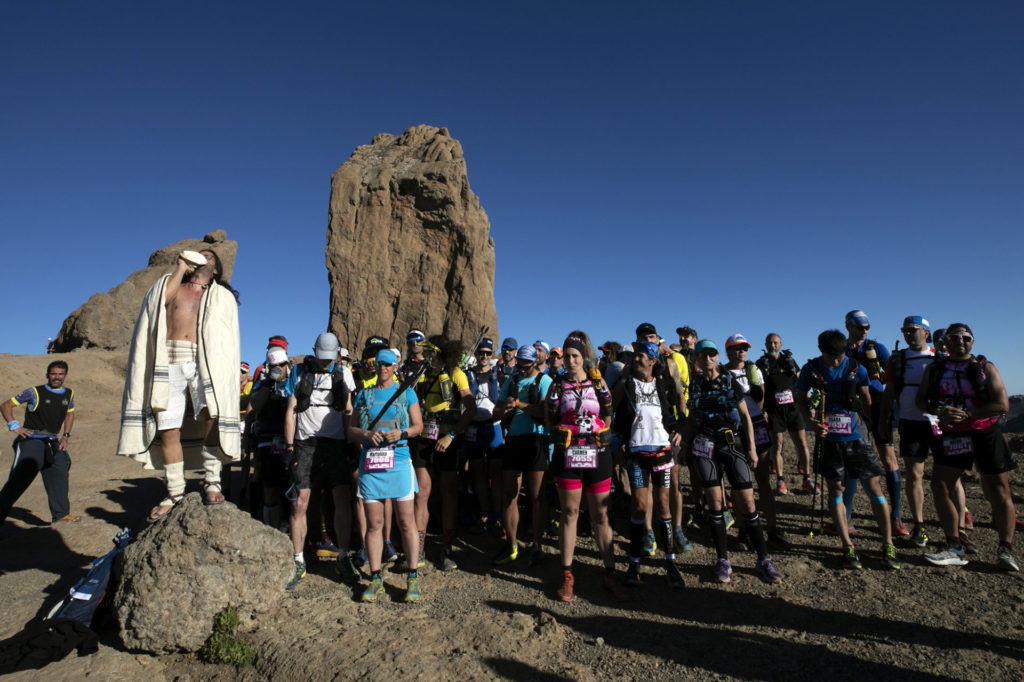 Only 100 runners will be admitted in The Olympus of Gods

The 360º participants are of a different kind, experienced runners capable of overcoming in self-sufficiency a route of more than 250 km and 20,000 metres of elevation.

360º The Challenge is a self-sufficiency event with a long-distance technical route, without markers, which the runner will be able to overcome with the only help of the map and the track. In order to overcome this challenge, the participant must master the necessary techniques and have the right preparation to face unforeseen events along the route. To facilitate rest, the organizers will set up four or five life bases along the route, a place where runners can charge their gadgets, stock up on hot food and rest. In addition, along the length and breadth of the route, each runner will be perfectly geolocated with a beacon provided by the organization, so that the Advanced Command Post (ACP) can ensure the safety of each of the participants.

These are the hallmarks of one of the hardest ultras in Europe, held in Gran Canaria, starting and finishing in Tejeda, one of the most beautiful towns in Spain, located at the foot of Roque Nublo and El Bentayga, in the middle of an impressive landscape of volcanic origin, with steep ravines and cliffs covered in mist.

Only 100 runners will be chosen to take part in this challenge that will be held from 16 to 20 November and whose route can be completed in a maximum of 100 hours. Participants will not know the track until two weeks before the race, which will run through the most emblematic areas of Gran Canaria, places unknown to mortals, full of great beauty and hardness  in equal parts.