Javier Blanco: “During the 360º you live the best experience in your life” 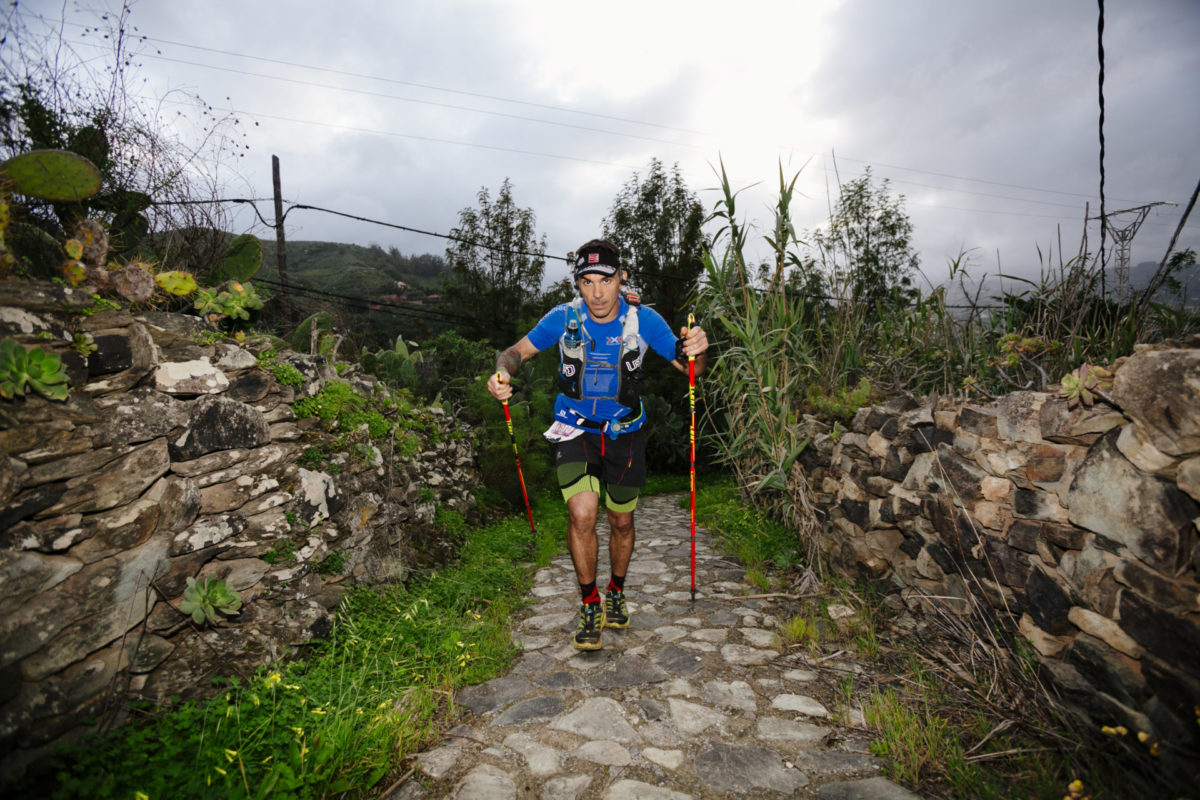 Javier Blanco Fink. 45 years old. From Switzerland, where he has lived for ten years, Javier Blanco is training the next edition of the 360º The Challenge, which will be held between 16 and 20 November in the mountains of Gran Canaria, in which he hopes to be competing for the top places.

You have participated twice in the WAA 360º The Challenge. In 2017 you finished third and in 2020 you were unfortunately forced to drop out after 170 kilometres and you were third.

I arrived at Guía, went on for a while, but I had broken two of my nails. Was doing well. For a long time I was first, then Luca [Papi] and the Japanese Goshi Osada got me. But I left because I hurt two of my nails and I didn’t have my head as it was in the first year. We were already going to start the business here [a restaurant in Switzerland] and the previous two months I was super absent-minded, I couldn’t concentrate as much as I could.

Yes, it was perfect. I got injured too, I ran 60 kilometres injured because otherwise I don’t think Luca would have caught me, I would have followed Peter Kienzl who was the one who won in the end. I also lost three hours in the Guayadeque ravine. With the fog I was up and down and that’s when Luca caught me. That year I was very good.

As the saying goes, third time’s the charm.

I look forward to every race with enthusiasm. I haven’t been able to compete for two years because of the business. Now we are a bit calmer, coming out of the pandemic and concentrating more on being able to race. I have been two years without competing at all, practically without training. Since the beginning of the year I have started to put in some kilometres and I have already run 2,000 kilometres with 80,000 positive metres in my legs. I’m really looking forward to the 360º in the best possible condition.

My motivation is always to finish as high as possible. I’m going to compete, my aim is not to finish a race. In so many kilometres a thousand things can happen. The one that you say: I’m going to go and win it. It’s just that it’s so difficult. In such a long race there are a lot of factors involved. Of course I have the illusion.

Are you changing anything in your preparation for this edition?

Yes, now I’m training again with Juan María Jiménez Llorens. I’ve been with him for many years now, what happens is that you are very stubborn and often you don’t do everything he tells you, you do it your own way. Now I’m talking to him every day. We are outlining the whole plan and strategy. I am more focused than ever.

Everything counts. Preparing to run at night, to run tired, the orientation. Now I’m always going out with tracks I don’t know and always watching the clock. Nutrition, learning more, trying to eat and drink all the time. If you want to compete and do something, you have to take everything very seriously. 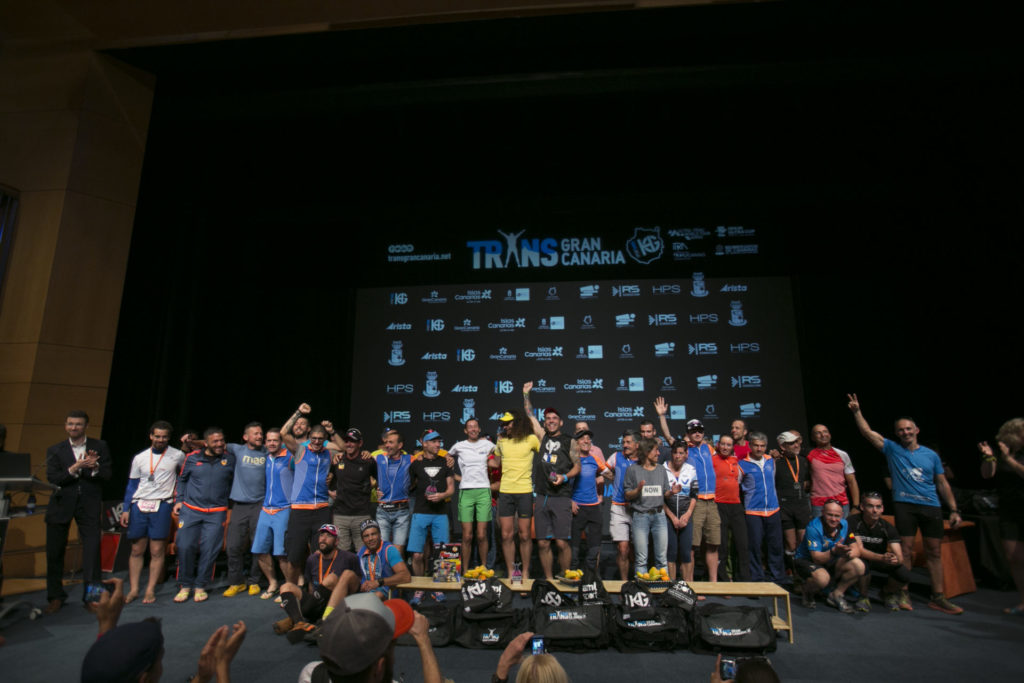 Mental preparation is fundamental. In 2020 I was very absent-minded, I made mistakes I had never made before. The damage I did to my nails was from not tying a slipper properly.

How do you train for a race of more than 200 kilometres and 15,000 metres of elevation?

Doing everything in training that you would do in the race to test. Everything. Go out running at night or after work, tired. Preparing yourself mentally for all those situations that you might encounter in such a long race, that you might run tired, knowing when you have to eat without forgetting that you can’t stop eating even when you’re tired. And also think that not everything is always going to go as you imagine, you have to have plan a, but also plan b, c and d.

You are from Mogán, but you have been living in Switzerland for ten years. Is it easier to train for a race as tough as the 360º living in the middle of the Alps?

If you think that Luca, for example, lives in Paris, I don’t know what to tell you. I’ve known him for many, many years, we’ve been friends and we’ve been racing together for a decade. I remember at the beginning, when we first met, he used to tell me that he used to climb up and down the stairs he had at home, where he would go up and down until he got 2,000 or 3,000 metres positive. Every place is a good place to train when you set your mind to it, you can’t make excuses. It’s clear that having the mountains close motivates and helps you. But whether it’s an advantage or a disadvantage, I don’t know. I know runners who are very good and live in flat places.

What I like to do is run. The longer and more agonising, the better. And then in the 360º you’re at home, you run the whole island, through the places where I’ve run all my life. It’s a very special relationship that I have with the island, with the race and with Transgrancanaria itself. Transgrancanaria, at the time, gave me my life back. I had a troubled time, a very troubled time. And I discovered running and trail running with the Started ten years ago. Starting to run in the mountains gave me my life back. The following year I took part in the 121 kilometres.

What areas of the island do you remember from your two previous participations?

A lot. By chance, a year before the Transgrancanaria 360º was organised for the first time, I was training on the island for the Transgrancanaria Classic. One day we stayed in La Culata de Tejeda and I set off for Mogán. I went up to Roque Nublo and then down to Mogán and I thought: how nice it would be to be able to go down here during the race, to get to my town, to see my people. And the very next year it was in the 360º. It’s that -he gets excited-. It was very special to meet the people there. And the place, Presa de Las Niñas, the Tauro mountain, Guirre… it’s amazing. And in that edition, after arriving at La Aldea with lots of people in La Degollada cheering us on, calling me by name and Peter, who was with me, telling me to go and see my friends. I told him that I didn’t know anyone! I am very grateful to everyone in La Aldea because it was amazing. Then the arrival at Tamadaba, the Azuaje ravine….

The Island is a marvel.

Yes, it’s amazing. There are so many special moments. Except for the descent of Guayadeque, I don’t want to remember that one. Fatal. The boy who was at the bottom, when I finally arrived, said to me: “What were you doing? He saw a light appear, which disappeared and then reappeared. I couldn’t find my way because it was very foggy and I was tired.

How would you encourage someone who has in mind to do the 360º one day but doesn’t dare to take the plunge?

That they are going to have the best experience of their life, that’s for sure. I would not encourage anyone who is not ready. That’s for sure. There are many kilometres without aid stations, you have to be aware of what you are going to expose yourself to. I’ve seen some very good people having a hard time going down from Roque Nublo to Mogán [in 2020]. It was too hot, too long without water. Just ask Fraguela. And then you have to think long and hard about it. It’s clear that it’s an opportunity to get to know the island, to get to know yourself; an opportunity to push yourself to the limit and live an absolutely unique experience in a spectacular setting.