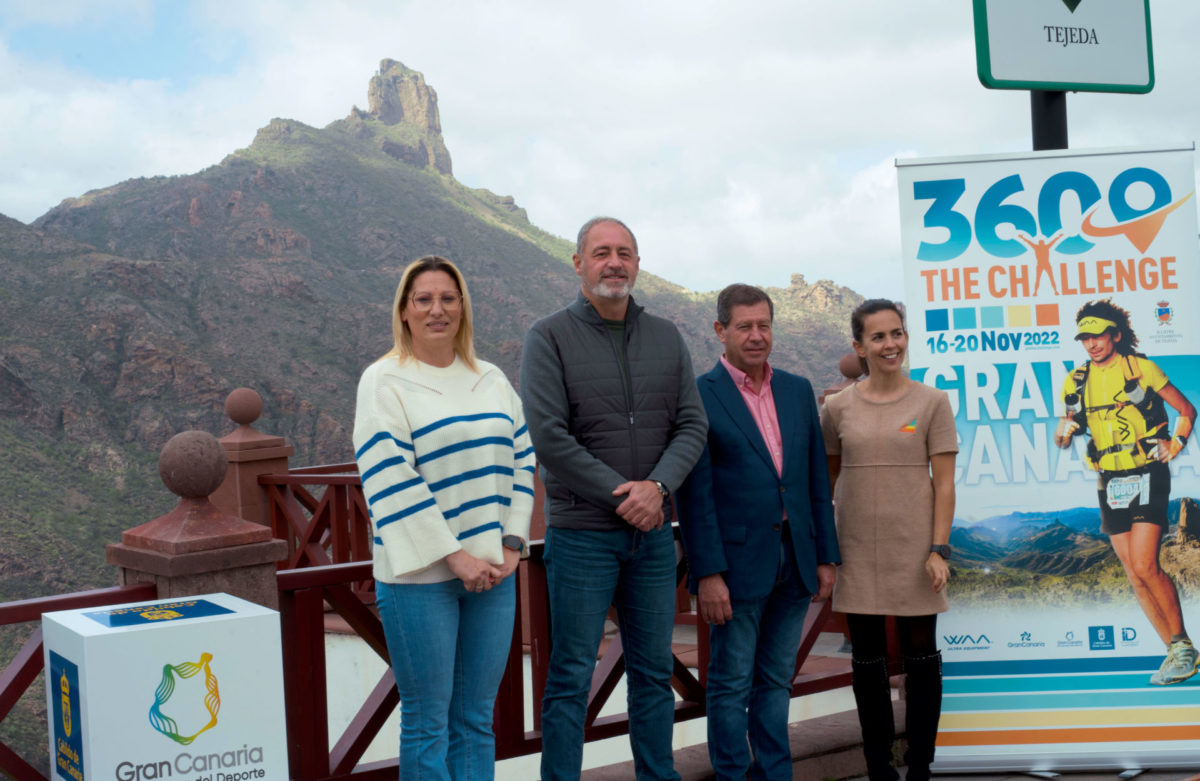 The challenge, which will be held between 16 and 20 November, returns to Gran Canaria and will start and finish in the municipality of Tejeda.

The 360º already has the stage set for its 2022 edition. And it will be the municipality of Tejeda, in the heart of Gran Canaria, an ideal place for sports in nature and where the start, finish and all the organisational equipment will be located so that the participants have the best possible welcome on Gran Canaria. The 360º The Challenge returns to the round island after its visit to La Gomera last year to cover more than 220 kilometers through the mountains, ravines and trails of the European Sports Island.

Today, Tejeda hosted the official presentation of the 360º headquarters, which will be held between 16 and 20 November and which will open its registration period in the coming days. As always, participation will be limited only to those athletes who present a sports curriculum that proves sufficient experience to perform this challenge independently during the 100 hours that the race will last.

An event that this year will have the support of the Cabildo de Gran Canaria through the Sports and Tourism Councils, the Tejeda City Council and the sports brand WAA Ultra as a sports sponsor. The Minister of Sports, Francisco Castellano, has described this return to the island of the 360º as a “double thrill.” “We will be working well in advance to differentiate this race, which will host a limited number of participants, but which will be able to enjoy all the places on the island of Gran Canaria during the month of November. It is a more than consolidated event that will have the full support of the Sports Council of the Cabildo de Gran Canaria in one of the most beautiful and sweet towns in Spain and the world”, he said.

From the City Council of Tejeda, its mayor Francisco Perera was the host of the event, and he was convinced that the export of the municipality and Gran Canaria is fundamental through events such as this: “We want to make the town of Tejeda and the central part of the island better known, which have natural values that deserve greater relevance, and for this reason we are involved in these activities that raise awareness of the interior of Gran Canaria and the municipality of Tejeda”, he said. In addition, Councillor Verónica Espino has been “very happy that the 360º is in Tejeda and the bet made by the City Council.”

The 360º The Challenge will experience its seventh edition next November, with Arista Eventos. The CEO of the organizing company, Fernando González, has celebrated that the 360º “will take place in an unparalleled setting like Tejeda, ideal to give him the affection that this race needs.” He added that “there are very few races of this kind in the world, and this one is aimed at a select few and we are fortunate to have it here in Gran Canaria.” For her part, the director of the event Wendy Cruz, commented that “Tejeda will be the nerve center of this 360º, where the human team will be centralized and, among them, the security device, which follows the participants who are geolocated throughout the tour, which as always will be secret until a few days before the holding of the race.”

The organization of the 360º The Challenge will release new details and the opening date for registrations in the coming dates.